I feel like I have returned from this amazing journey with a wealth of knowledge to share. This information is possibly vital for how we see the world and offers insights which will give you a perspective on everything –  from whether fur is better than modern tech in the choice of clothes in extremely low temperatures to the tiny development that has occurred in this possibly more than 1400 years of travel with reindeer pulling sleds! 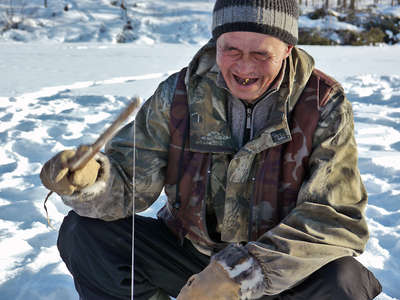 There are many good advantages of neither having TV or Internet, as was the case on this journey. Story telling comes alive. Though I didn´t understand 99% of what was said, when and what I did understand was amazing to hear. The best one´s always came out under the influence of vodka! This was the favorite past time among the herders, especially when Slava´s older brother Sjenya arrived to join us for the last week, was telling hunting stories. However, the best story I heard on the trip, was told by another one of Slava´s brothers, Oleg, when he and his wife invited us all out for dinner and vodka one evening at their log cabin in Arkah. Oleg almost got killed by a furious bear, one of many meetings this great guy has had with this legendary king of the taiga.

“A few years back I was walking from Arkah to one of the camps during summer, carrying a heavy and big rucksack and I was following a river, looking for a place to cross it together with my dog. Suddenly I realized my dog was gone and I didn´t think more about until I walked through some dense bush and saw my dog silently and rigidly looking at something to the left. When I turned my head I saw a giant of a bear eating on a moose carcass. Before I had a chance to react he was on me and gave me a hard punch. I did a small flight in the air and hit the ground hard. Luckily on my stomach, because he was on me immediately and tried to separate my head from my body with heavy swing but he got caught on my big backpack. Instead he bit and scratched me on both shoulders and then he threw me up in the air. Once again I was lucky to end up on my stomach and I covered my head immediately with my arms, because he rushed immediately on to me and tried again to punch my head. I suddenly heard my dog start barking furiously. I looked up and saw him looking at me. When he realized I was alive, he barked and ran in circles to get the attention of the bear, which worked. I was able to get up and briskly walk away, until I got out of the eye sight of the bear, then I started to run.

I thanked my dog and rucksack for surviving. But I don´t blame the bear. He thought I had come to steal his food and just protected his dinner.”

Oleg had many more great bear meeting stories, but he always told them with respect for the bear, with humor and he was really a born story teller. Even before it was translated, I was listening intensely!

Since returning back to Yakutia, I have received hundreds of email with questions. Whilst on the subject of Arkah and vodka, quite a few people ask me about the drinking problem of these areas. Yes, it does exist, but I have to say, I have a better understanding of it this time and it isn´t any worse than other areas of the north. No different from my hometown in Sweden for example. However, having said that, coming from a family with problems like that, I don´t like it. I don´t like how people change when they get this evil fire in them. But, then again, I enjoy drinking vodka on and off. In moderate quantities. I will get back on the subject with time, when I have reflected on it more and done some research.

I prefer to concentrate on the overwhelmingly positive aspects of this extraordinary part of the world.

Right now, I am trying to return back to family life again, and that is quite an Expedition in itself! 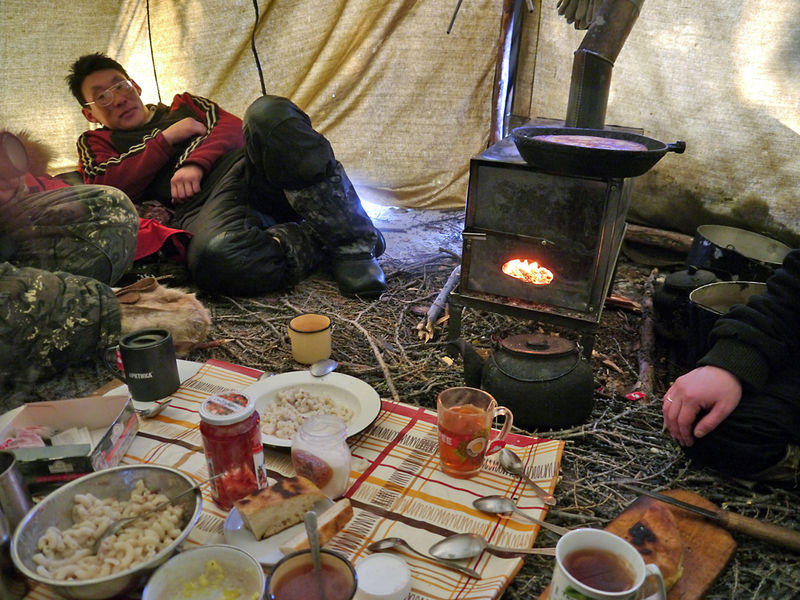