”I think you are judging all women from your Western perspective,” Lyuba Passar, the very friendly president of the Association of Indigenous peoples of the north of the Khabarovsk Region, suddenly said slightly tired after probably having heard the umpteenth Westerner bringing up the female issue, so she continued; ”I think Vika would have been upset if you would have helped her in the Western way. Indigenous women are used to doing everything for themselves and know nothing else. We want it like this. We don´t need our men to open doors for us, give us flowers and help us with heavy things. We can do it ourselves.” 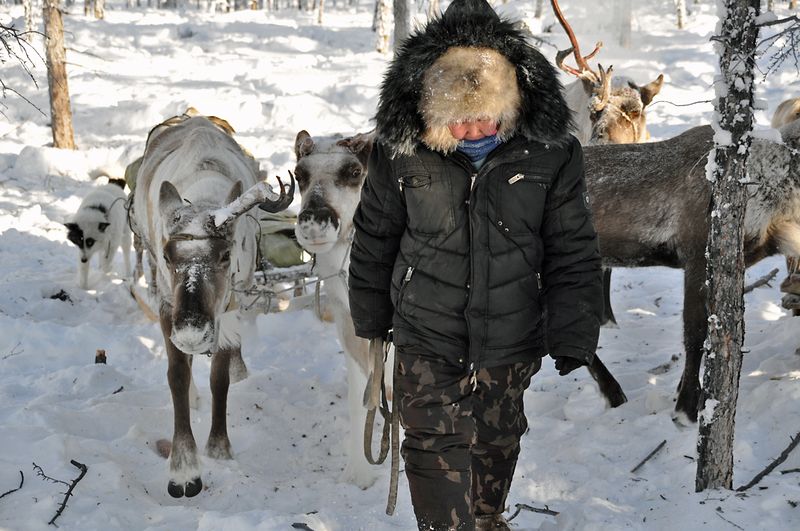 I don´t know if the translator got it wrong or if I unintentionally offended this extremely knowledgeable and impressive woman, but I had tried to tell her how difficult it is to do a documentary which portrays Eveny life properly, especially being a Westerner trying to portray a group of Eveny reindeer herders. I told her, no matter how you tell your story and how objective one tries to be, you still carry the rucksack with the experiences and education from your own world. And I said I was especially impressed with Vika, who could do as it seemed almost everything. Cooking for 7 men, mending clothes, taking care of her reindeer and much more. I tried to say it was easy for many to romanticize their life, but it is really a hard and harsh one and I said I want my wife and daughters to meet Vika and get inspired by her, but I wouldn´t wish my daughters to have a future life like that. Something went wrong there and we kind of finished the interview (one of the most important on the trip). Lyuba had just returned from the US after meeting some of the First Nations over there, like the apache and Mohawk. She had described the things they had in common, which where overwhelming and the one that differs. She said the North American Indigenous population was so much bigger than the Siberian groups called The Small Nations. The Americans were more assimilated with modern American culture and none lived the same way as for example Slava, Vika, Tolya and Yura Grigorovich; A unique way which we all hope will live on for centuries to come.

”I really, really enjoyed your dispatches” , the Vice president Victoria Onchukova, belonging to the Evenky people, told me after the interview and we had taken photos; ”It really tells the truth how things are.” 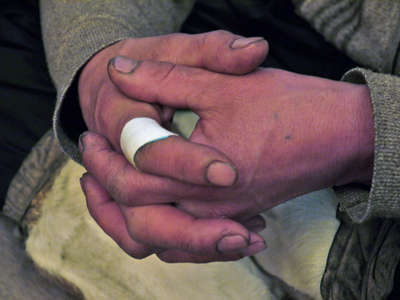 That was the nicest thing I had heard for over 40 days. The Evenk are similar to the Eveny, but they´re originally hunters who adopted reindeer herding in comparison to the Eveny who have added on hunting on their reindeer herding. This visit at the office of Indigenous Peoples of the North in Chabarovsk was very inspiring in every way. So much knowledge and wisdom. Lyuba also told us about this law that everyone talked about and swore over in Arkah. It was the Association who had worked really hard to get it through and basically it will give every reindeer herder a 1000 rubles a year per reindeer. (About 30 dollars) Which might not sound like a lot, but if you consider that they have had nothing since perestroika arrived, it is a very positive addition to an economy which was almost down and out before. It all started to move when Lyuba brought a member of Parlament to Arkah, this amazing village!

Another comment from me that sent slight shivers through Lyuba was this one:

”How do you see the future of these unique reindeer herders like Slava, Tolya, Vika and Yura? Almost all of them said that if they have had the chance and their parents hadn´t demanded that they help them out with the reindeer, they would have liked to continue to study.”

”That would be a tragedy if education meant the end of this unique life,” she answered with her profound insight and knowledge and continued; ”Our vision for the future is that these herders can continue with their life and that they will be able to access internet, study and read in the evenings after a days work in the tent. That is our hope!”

I added that we had proven it is possible by sending dispatches by satellite along the way, but it isn´t easy in the extreme cold. It is a good vision, but they need lots of generators and petrol to realize such a wish, but why not? It is really a great idea!

I have returned to Yakutsk since this interview and I have one very good piece of news!

Yura Grigorovich and his Larissa have been blessed with a 3.1 kg heavy boy just a few hours after we left the hospital!

I am back with my lovely girls. Scarlett sardana has grown so much, 6 months now, and is as happy as always, moving continuously all over the house. Eva has enjoyed her visits to the theatre and concerts with her mother, and I am happy we all came to Yakutsk, which I realize now, coming back from Chabarovsk, is a very modern, pretty town, where tempertures are still around -30, but it feels quite warm! It was great meeting my intelligent wife who had amassed alot of info about the Eveny and the Yakut. Yesterday we went to visit a friend, Nadia Noeva, an English teacher at the local university. It was a great talk where I got a healthy perspective on many things culturally!

By the way, Lyuba Passar would be the perfect spokeswoman for Indigenous Matters to invite to global conferences on Indigenous Knowledge.

I am really really happy I have had the opportunity to do this trip to highlight these fantastic people and all this extraordinary nature and winter landscapes we have passed though. When it comes to that, it is the best on earth! 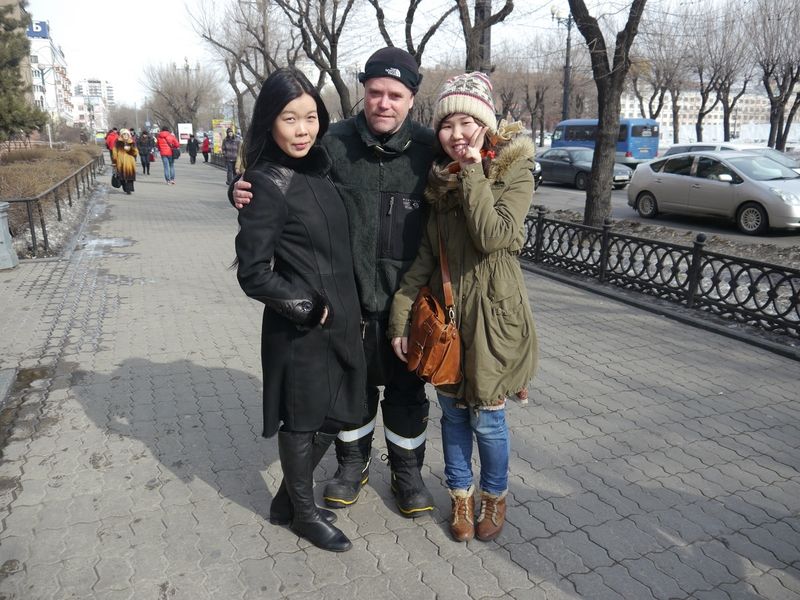