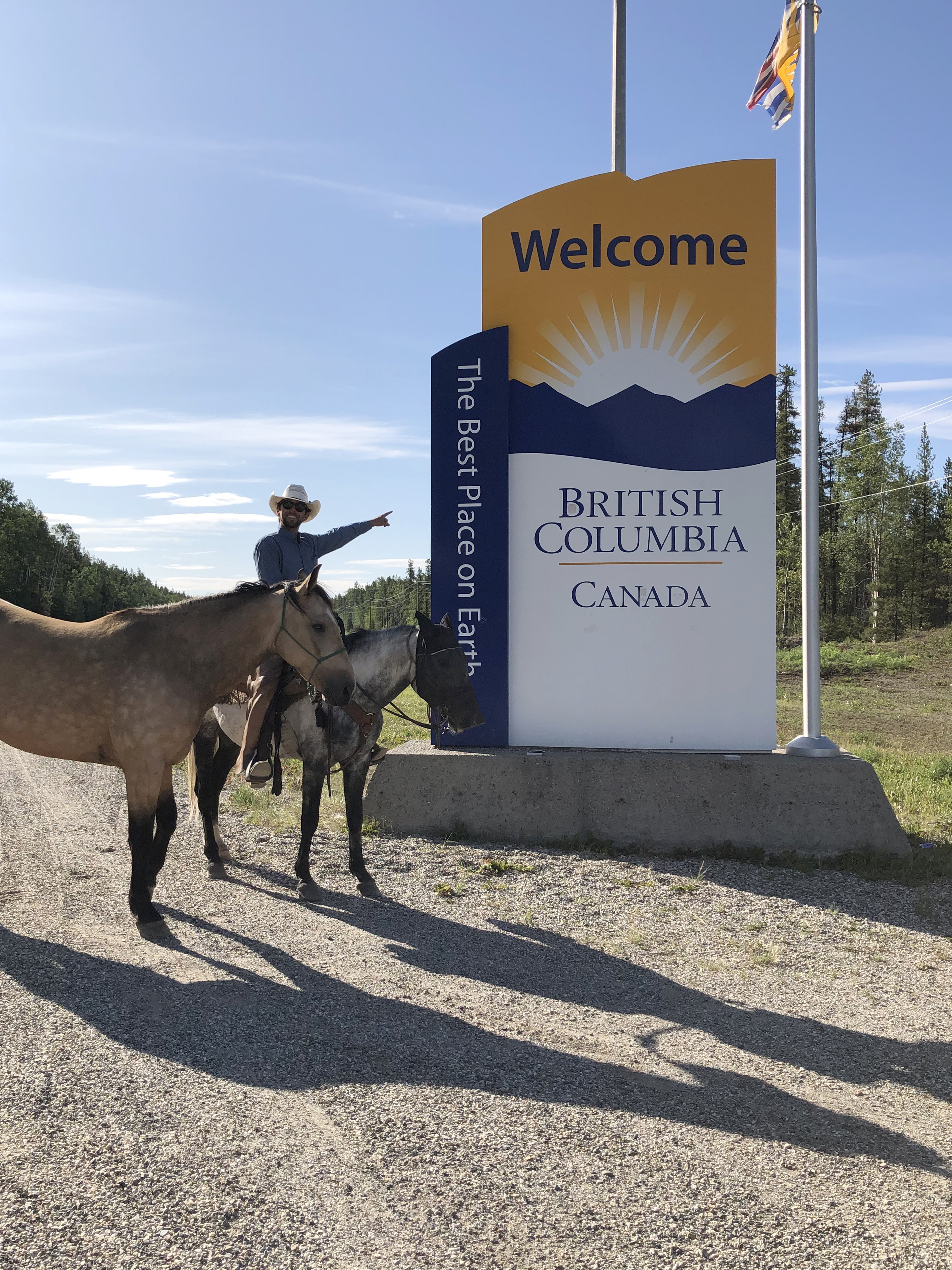 I rode out of the Watson Lake rodeo grounds on a warm August morning with Mac and Smokey feeling good from their 3 days off. As soon as we rode past the gates, Smokey tried to take off bucking when Mac’s lead rope grazed his back end. Luckily, I managed to control him.

A few kilometers down the Alaska Highway we entered the province of British Columbia!

Next to the tall “Welcome to British Columbia, The Best Place on Earth,” sign with Mac and Smokey, I smiled big for a photo. It’s unbelievable how much energy these moments give you while on a long ride.

“Only two more provinces and we are done,” Clara said before I continued south.

We were now out of the “true north.” When we crossed the imaginary line that separates the Yukon Territory from the province of British Columbia, we also left the 60th parallel. I was one happy cowboy!

A few kilometers south, we received an unexpected welcome.

Members of the Kaska Dena Council came to the entrance of the small town of Lower Post to greet us and offer many gifts.

“They filled our tank and all of the jerry cans with gasoline, gave us a bunch of groceries, and this cool hoody for me,” said Clara Davel, my Argentinian girlfriend and support driver dawning a big smile.

Only one day prior to her 25th birthday, it was as if the universe wanted her to have these gifts.

The following evening, back in the Yukon and British Columbia border—this section of the Alaska Highway snakes its way back and forth between the Territory and Province—we celebrated.

Smokey and I were in British Columbia and Clara and Mac in the Yukon as we enjoyed cake and they munched on their alfalfa cubes. All four wearing rainbow happy birthday party hats.

“I love you Clara, happy birthday,” I said before we shared a long kiss.

I can’t believe the world has come to this. https://t.co/NV5LpKDbC9